In recent years, art has found the most unlikeliest of canvases: sneakers. Artists have been designing their exclusive editions while rare models are fetching top money. The latest to join the foray is artist Lauren Halsey, whose deal with Nike is ready for getting unveiled next month.

Lauren Halsey is primarily known for her sculptures and architectural installations. She usually works within Los Angeles and was residing at the Los Angeles Athletic Club last year when the footwear giant approached her.

Now, her work of 8 months is ready for bringing fruit. Unveiling on December 7, she describes her model as a remixed version of classic Air Force 1 High range. Halsey employed a variety of materials on the shoes, from regular leather to velvet-style fabric and patent leather. The primary colour of the shoes are shades of black, though the laces are red and green. The end result is a collage of portraits from Los Angeles culture, especially of Halsey’s family. Words like “Pride” and “Love” are also printed upon them. 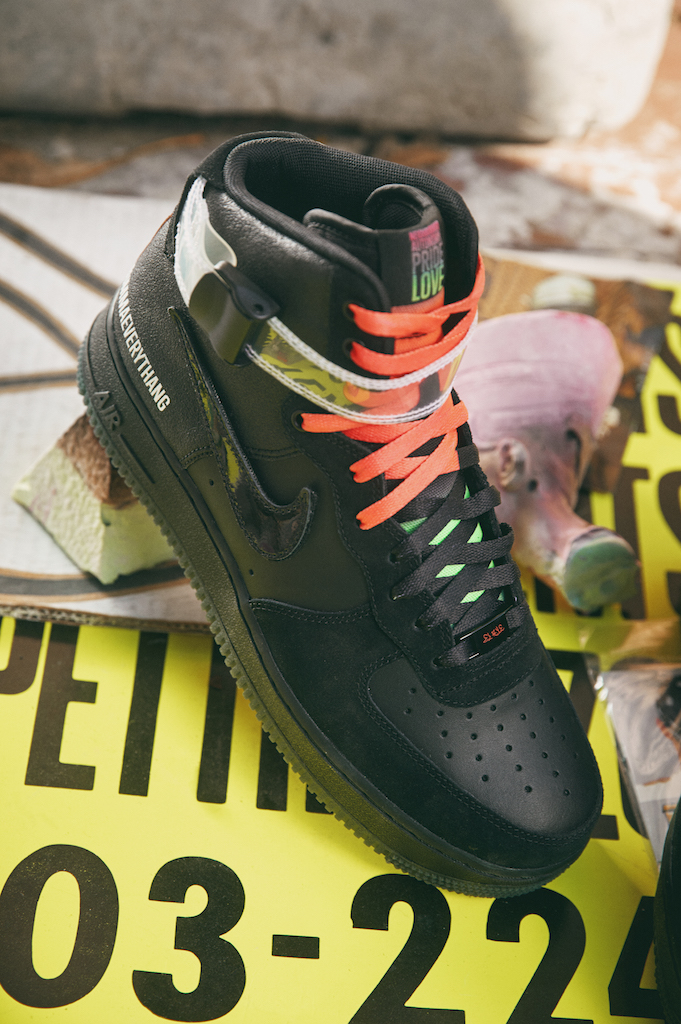 According to Lauren Halsey, the model was a homage to her friends and family who have inspired her always, and the city of Los Angeles in general. She would be celebrating the release of the shoes on December 7 by organising a community marketplace in Los Angeles. Halsey is also ready for her first solo exhibition next year. Being held at David Kordansky Gallery in L.A. on January 25, it will feature a fresh collection of sculptures from the artist.

Baltimore Museum Of Art Announces A Year Dedicated To Women