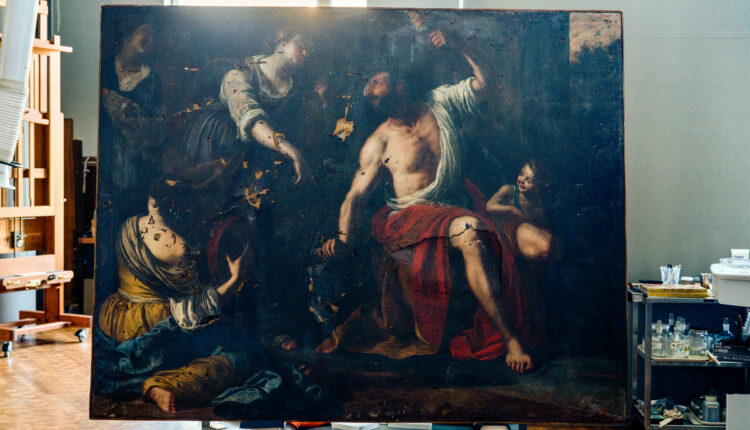 Anonymous paintings damaged in the 2020 Beirut Explosion have been identified as the 17th work by artist Artemisia Gentileschi.

The Sursock Palace was one of the many buildings damaged in the devastating explosion in Beirut in 2020. The building was owned by Yvonne Sursock, who also perished in the blast. She was a member of the influential Sursock family of Lebanon. The palace was home to a vast art collection, particularly Italian baroque and Lebanese works, collected by her parents.

An anonymous painting was one of the many works damaged in the explosion. Along with others, it was sent to restoration experts to restore it as best as possible. There, it was identified as a work by Gentileschi. The painting depicts the Greek myth of Omphale and Hercules. Omphale was the queen of Lydia, who made Hercules her servant for a year. While many interpretations exist of the myth, the painting in question depicted the myth in a more empowering and benevolent tone.

Speaking of the discovered painting, Sheila Barker (a scholar in Gentileschi’s works) said: “A lot of would-be Artemisia paintings have come along hopeful of attaining consensus from the market and scholars, and we’ve been largely disappointed. And yet from this completely unexpected corner of the southern Mediterranean, there has emerged this stunning example of Artemisia’s mature genius.”