An ancient burial site was discovered in Żabbar, Malta, during drainage works by the city’s waterworks department.

According to the report of Malta Today, the Water Services Corporation, during trenchworks on the location, uncovered an ancient burial site. The observation was first made by an archaeologist on the site, who noticed small rectangular cuts in the rocks. Further investigation revealed a shaft of a tomb. Inside the shaft, an obelisk-shaped stone was discovered which was 1.2 meters in length. According to Kevin Borda, the head of Heritage Data Management and Research in the city, this stone could be the marker for the tomb. 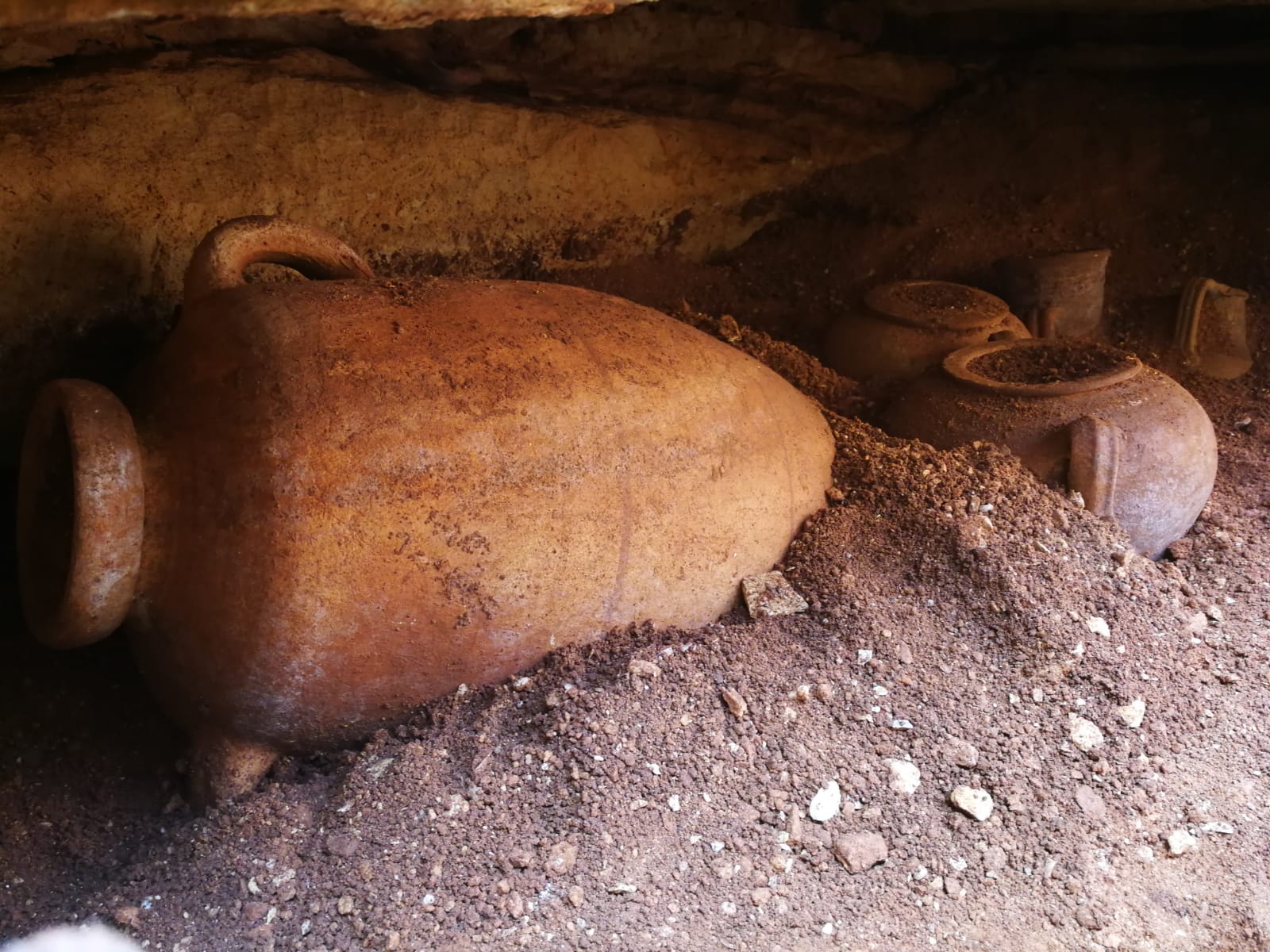 The burial site, estimated to be roughly 2,300 years old, primarily had two urns. Within the urns, archaeologists found cremated human remains, bones of an adult as well as a skeleton of a young child laid on its back. Alongside the urns, other items discovered included an oil lamp, a complete amphora, a glass perfume bottle, and some pottery. Archaeologists suggest that the burial site must have been in use from the 4th century to the 1st century BCE.

The island of Malta was first ruled by Greek and then by Phoenicians, until the latter fell in the 4th century BCE. It then came under the rule of Carthage, though often contested by the Romans. Ultimately, the island fell under Roman rule after the Second Punic War. However, despite becoming a principality of the Romans, Malta continued many of the traditions of the former Carthaginian empire, including the internment of the dead instead of burials.

The contents of the site have been relocated to a laboratory for further testing. It has been hoped that carbon-dating of the human remains might reveal more details about the era.