A mural depicting the legacy of Sheikh Zayed bin Sultan Al Nahyan in Dubai was recognized by Guinness World Records for its uniqueness.

The mural depicts the legacy of Sheikh Zayed’s rule, which started in 1971 when the United Arab Emirates gained independence from Britain. Sheikh Zayed is often regarded as the founding father of the UAE. The mural is a kind of a mental map, depicting the landmarks of his rule. The Guinness World Records last week recognized the mural as the largest artwork of its kind in the world.

In an Instagram post, the UAE Ministry of Interior (MoI) wrote: “The Guinness committee delivered the certificate to the MoI Undersecretary Major General Khalifa Hareb Al Khaili, last Tuesday evening, at the Police Academy square, where the extraordinary mural stands.” 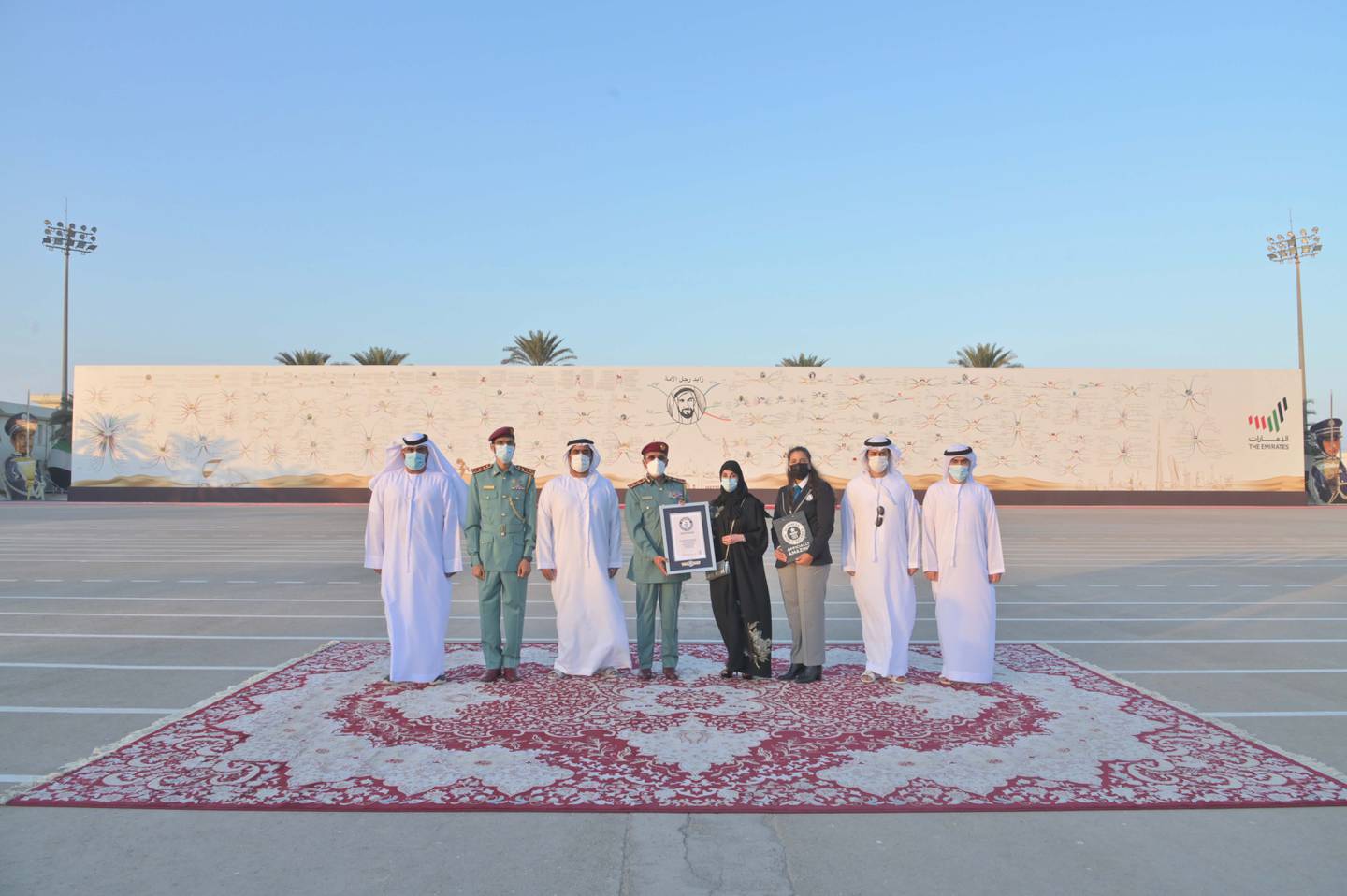 The mural was commissioned by the Innovation Center at the MoI. It was a part of the larger commemorations around celebrating the golden jubilee of UAE’s independence as well as Sheikh Zayed’s rule. This was, however, far from the first world record held by Dubai. The city holds 339 world records, including the world’s largest airport terminal and the greatest number of diamonds on a perfume bottle.

Dubai has quickly grown into an international, globalized city in the last 20 years. Today, it is a bustling center for tourism and trade. For the same reasons, the art scene in Dubai has also exploded in recent years. Art Dubai first began in 2006, but Dubai today has an entire ecosystem of galleries – as does the capital Abu Dhabi. Local galleries like the Gallery Isabelle van den Eynde have been exhibited in international art events. The industrial district of Al Quoz has also emerged as an art hub in the UAE.

Confederate Statues in Virginia To Move To Black History Museum

Bernadette Schaeffler’s Collection: If your house caught on fire, what would you take?