The Biggest Controversies Of Art World In 2022 – Part Two

The year 2022 was no shortage of controversies – too large to list in a single report. Here are some more art world controversies that made the news in 2022:

Must Read: The Biggest Controversies Of Art World In 2022 – Part One 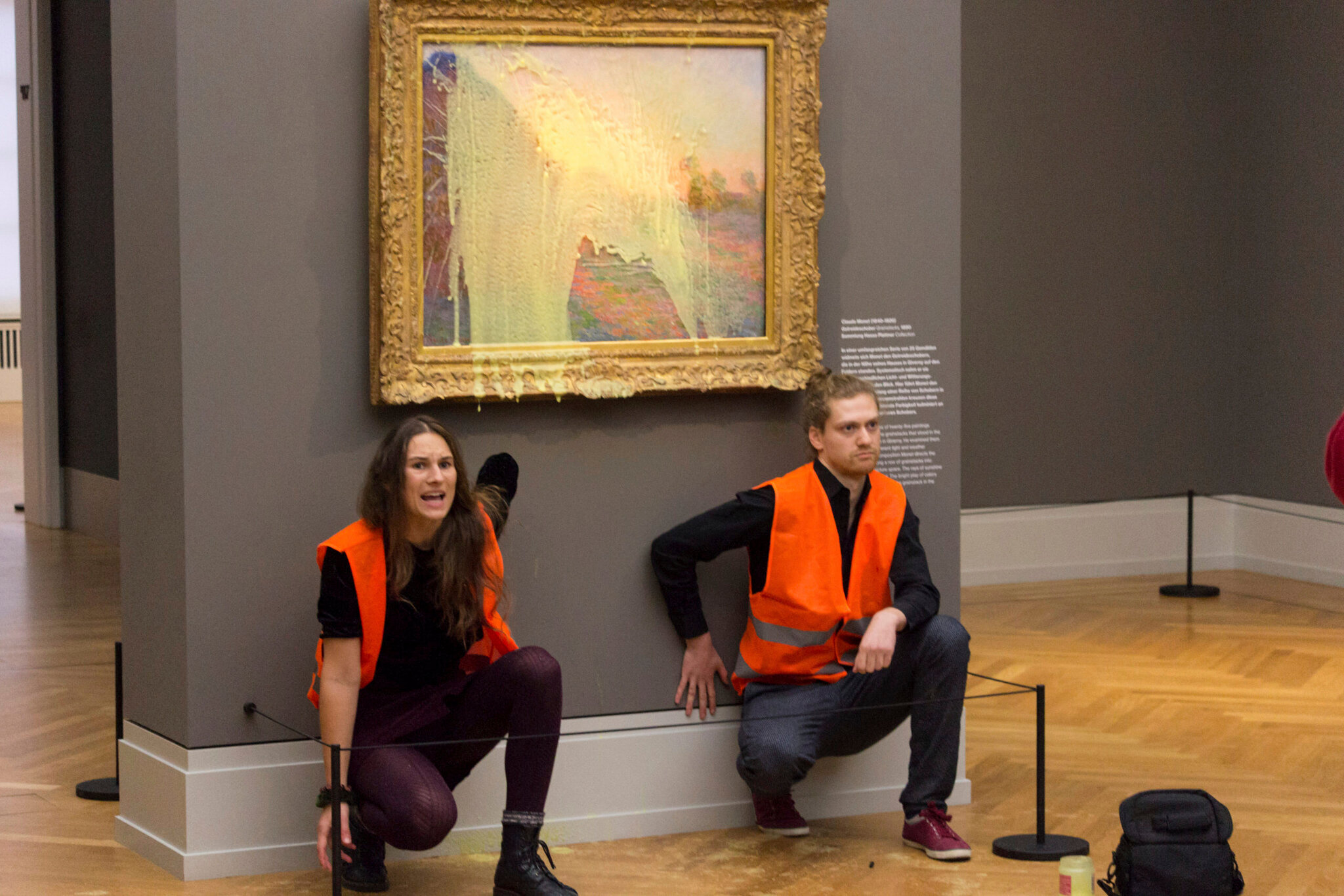 By far the most scandalous theme in the art world this year was the series of attacks on artworks in museums by climate activists. In the first half of the year, there were already a few such attacks – like the cake thrown on the Mona Lisa in Louvre and activists sticking to painting in the UK. However, things truly escalated after activists from the organization JustStopOil threw tomato soup at a Vincent van Gogh painting in London in October, leading to widespread coverage.

The attack was followed by similar attacks across the world – particularly in Europe – in the following months. These include throwing a mashed potato at a Monet, tossing pea soup at another Van Gogh, and throwing flour at an installation by Andy Warhol. The reaction to these attacks had been mostly negative, with artists, museums, and the general public alike criticizing the ‘stunts’ and the targeting of paintings that had nothing to do with climate change.

However, climate activists have defended the attacks as the necessary means to get coverage and attention on the environmental issue. Overall, more than two dozen such attacks have occurred this year. One has to see if the pattern continues in the coming year as well. In February, Buzzfeed ran an investigative report which revealed the identities of the two Bored Ape founders – Greg Solano and Wylie Aronow. The two were previously working exclusively under the pseudonyms Gordon Goner and Gargamel. Bored Ape, under Yuga Labs, had been at the frontier of the NFT marketplace this year but not for the best reasons (including frauds and data leaks).

However, Internet users criticized the Buzzfeed report, calling it “doxing” and dangerous to the safety of the founders. It did raise the question of whether people at the top of financial firms should enjoy the privilege of anonymity.

The Biggest Controversies Of Art World In 2022 – Part One