Ancient Roman heritage Colosseum gets a price tag of $79 billion 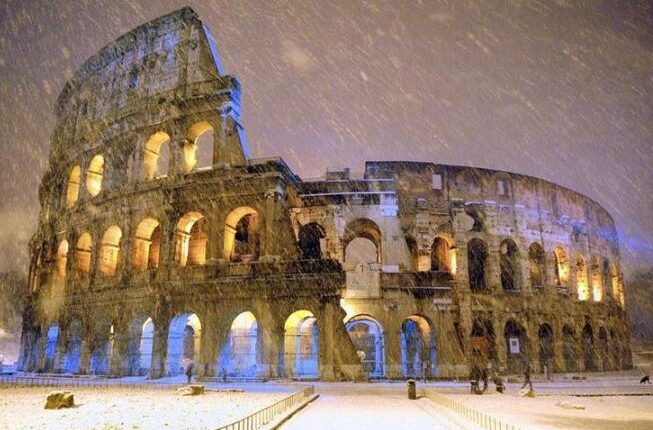 Rome’s grand heritage site Colosseum has got a whopping $79 billion valuation. Experts from financial consultancy Deloitte considered Colosseum’s intangible value as a heritage site in arriving at the figure.

This figure is for the curious ones, though. Colosseum isn’t up for sale. Instead, the experts calculated its value through a complex process. Their methods reveal insights into how as a collective, we value cultural heritage.

First, they accounted for the revenue that it generates through tourism each year. Colosseum adds $1.4 billion yearly to Italy’s GDP. This figure is so huge given its popularity as a world-renowned heritage site.

Next, they factored in the indirect use value generated by the site. It quantifies the “good feeling” that one gets with proximity to the site. This is the reason that real estate prices in the area around the site are quite high. This adds around €400 to the total sum.

Finally, €75 billion comes from the social asset value of the Colosseum. This value represents society’s collective perception of the site.

Marco Vulpani explained, “The value of an iconic, historical and cultural site such as the Colosseum is objectively complex to determine. However, it can be analyzed through quantification of the different configurations of value that includes the economic contribution, the indirect use value, and the social asset value, which mainly represents its existence value for the society”. He is part of the expert team at Deloitte.

The company did an online survey to get at the social asset value. They asked if Colosseum is the most important cultural attraction in Italy. 87% answered yes to this question. They also asked if they chose to visit Rome because of Colosseum. Around 52% responded yes.

The third question asked if everyone in the world should pay for the upkeep of the site. Again, 70% put their weight behind this. From this data, the experts figured out how many of the respondents would pay to preserve the site. They also generalized that figure to arrive at €75 billion number.

This report affirms Colosseum’s status as a worldwide icon.

Remains of the accursed boat Titanic will be gone by 2050

Ancient Gold Rings discovered in a grave in Romania

Archaeologists unearth an ancient portrait under a pyramid in China

This Museum rebrings the masterpiece to the table, examining the role of human body in intimacy!

Archaeology Museum to cover up the skulls of 13 Black Philadelphians