While the world debates over their response to climate change, artist Jeppe Hein came with a unique solution.

In Central Park, New York, Hein told a group to onlookers to just breathe. His rationale? That we are part of the same environment, breathing the same air, and breathing together would give us a chance to connect with each other. But this was not just some meditation exercise. Hein was making an artwork, something very unique. Titled “Breathe With Me”, the work literally puts the breaths of its participants on the canvas.

The idea was simple. Stationed at various points of the park were giant, blank canvases. Each of them was accompanied by a docent trained by Hein for this project, and a bucket of blue paint. The participants had to only inhale deep while dipping the brush in the paint, take the brush to the top of the canvas, and then draw a line downwards as they exhaled. Hein explained that these lines signified are own breathes: bright and bold at the beginning, but weak and faded by the time it ends. The participants were not just adults, but also kids. Hein had different advice for them. “Breathe in deep, deep, deep! And then roar out like a lion!” he told them, and the kids followed his lead enthusiastically. Quite naturally, their lines were shorter were bolder. The resulting work was a spectacular, 600-feet long example of collective art. 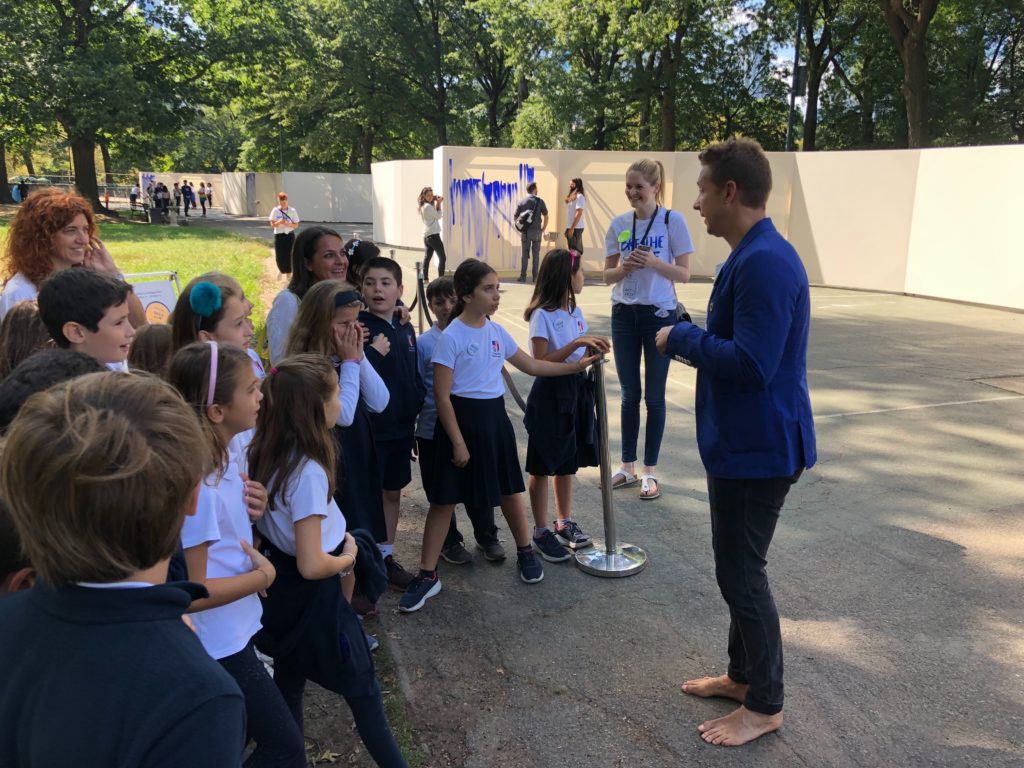 The experiment came after Hein had earlier joined a panel of world’s best leaders and activities at the UN to discuss climate change and a possible course of action. He had given the same advice there, to breather, which saw its artistic implementation days later at Central Park.

Jeppe Hein has a long career as an artist whose work focused on connecting with nature, ever since he first battled his mental illness a decade ago. His works are currently displayed at 303 Gallery under the breathing series. The series features other artists like Doug Aitken, Kim Gordan and Shirin Neshat.

David Guido Pietroni is an Italian music and film producer. Since 2004, he has been a member of the Recording Academy for the Grammy Awards and is also a part of the Tribeca Film Center, the realized vision of Robert De Niro bring together and support the New York City Film Community. He has been into the art world his entire life and has started this initiative "The Art Insider" to contribute in the best way possible.. You can check my Wikipedia page for more information. You can connect with us at artinsidermedia@gmail.com

TBA21-Academy Sets Up Ocean Academy Fund To Save The Seas