‘Poolside’ is a 17-min art house film in the horror genre. The film revolves around a rich young woman (played by Anne Beyer) who starts hearing strange voices in her indoor swimming pool. Set in the 1950s, the film is a complex flick that revolves around human psychology and sanity. The directorial debut of Kinter, the 2021 film has met with critical acclaim all over. The independent mood film has been selected in many prestigious film festivals, including Prague International Film Festival, Global Indie Film Fest, and FilmHaus in Germany. It has also received numerous awards like Indie Shorts Awards New York, Florence Film Awards, and Milan Gold Awards. The film has also met with positive reception from the general audience. It is not a stretch to say that Kinter’s directorial debut has been a massive hit.

But the journey to reach this point of acclaim was a long one. Born in Cali, Colombia, Alex moved to Florida with his mother when he was just 5. As a child, he was always fascinated by the action genre and art in general. He soon decided to become a cinematographer and attend a course for the same at Texas A&M University in 2011. In 2012, he received his certification as a digital imaging and post-production technician from RED Digital Cinema Education. But while his education was finished, the real journey had only just begun.

As a newcomer in the entertainment industry, and a Latino at that, Alex knew that his path wouldn’t be easy. He decided to start small and worked as a photography and cinematography technician in whatever projects he could find. Soon, he found a reliable partner in the form of Paul Salfen, a notable entertainment host. With Salfen, Kinter worked on shows like Sports Plus, The Drew Pearson Show, and Inside Entertainment. As a photographer, he also worked for print publications like ScoreBoard Monthly and Envy Magazine.

Gradually, Alex was impressing the industry. He decided to make a bold move and launch his own media company, Kinter Media. Confident in his talent, Alex continued to attract major companies like AT&T, Pernot Ricard, MTV, Viacom, and Sony. Today, Kinter Media is a prominent player in the entertainment industry. The company is Dallas-based and operates in multiple cities, including, Chicago, New York, and New Orleans. Kinter Media specializes in a variety of technical services, from motion graphics and music videos to brand content and digital marketing. 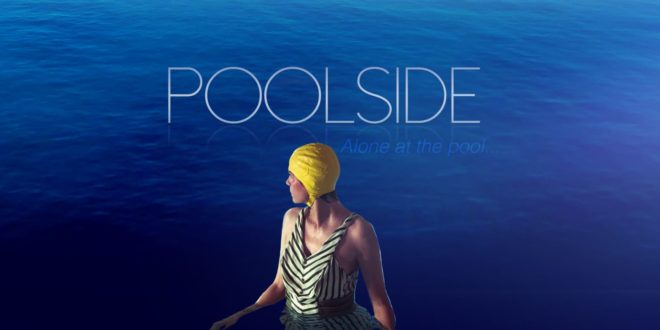 But Alex always wanted to do more – something that he could truly call himself his own. This is what first drove him towards making “Poolside”, his directorial venture. But like everything else in life, it was never meant to be easy. The idea first came to him six years ago, but it takes more than just passion to make a period-horror film. Alex wanted everything to be authentic, which meant a lot of time was spent on getting the right costumes and sets. He wanted to add some iconic 1950s music to add to the period feel of the film, but that meant dealing with copyright issues. But perhaps the biggest issue was the prime location of the film – the swimming pool. A number of important scenes were to be shot inside the pool filled with water. Alex, who also served as the cinematographer of the film, recognized the dangers of inserting an expensive and heavy device inside water. It was here that Alex’s education came through and he devised innovative techniques to get the shots right.

But no man is an island. Alex Kinter couldn’t do it all alone, but he found the right partner in the form of Erik Schuessler. A prominent name in the underground art world of Dallas, Schuessler proved to exactly the brother-in-arms that Kinter needed for his project. Schuessler wrote the script for the film and also co-directed it. In 2018 the film had finished filming and was in pre-production; it was only a matter of months before it could be released. However, fate had something else in mind; Erik Schuessler died from cancer. For Alex, this was like a punch in the gut. A few months later, Alex lost his father too. Just when he was recovering from these losses, a global pandemic rocked the world and left Alex’s project stranded. Most people would have given up, but not Alex. As soon as he could get a chance, Kinter dived back into the project with a mad determination. By early 2021 the film was ready to release – and the results are in front of us.

Something that not many people know is how Alex managed to fund his indie film. When the funds fell short to finish the project, Alex turned towards an unconventional medium – the stock market. He traded into forex, shares, indices, and even crypto to earn the profits he needed to finish his first film. Now that his project has finished and earned acclaim across the world, Alex continues to marvel at the wonder of trading, especially crypto. He is indeed researching more about NFTs and hopes to collect some when the time is right.

With his long-term dream of becoming a director finally fulfilled, Kinter is turning towards his old passion for photography. Nature photography is something Kinter finds soothing, and his photography prints of the same have been a success. He is also turning towards landscape photography, including an aerial series he created on Hollywood beaches. He also took some abstract shots during his recent visit to New York, which he hopes to turn into fine art prints soon.

For the young Latino filmmaker, the path ahead seems glorious enough.

Inside The Mind OF Robert Terell, Official Dealmaker And Music Mogul